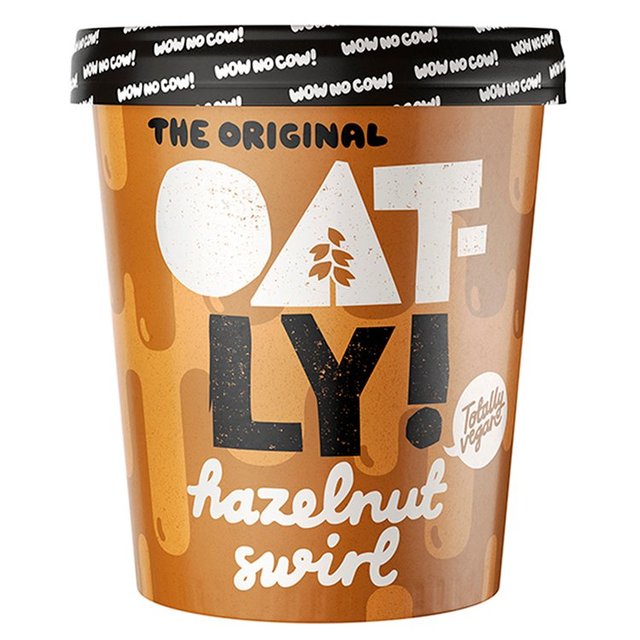 Oatly Ice Cream Hazelnut SwirlWow no cow!It’s Swedish!100% cool for vegansFree from Lactose, milk proteins and soyaUnsurprisingly contains oats and hazelnutsPack size: 500MLClimate footprint: 0.77 kg CO2e per kgOkay, so we might have mentioned the genius in simplicity idea about some of our other ice creams but quite honestly, who wants to eat something plain when Hazelnut Swirl ice cream exists? Yes, it’s as ridiculously over-the-top amazing as it sounds. Now, you probably shouldn’t just believe whatever we say, but no ice cream is better than this. Except if you are a chocoholic, which everyone at Oatly happens to be. So we have also developed a chocolate variation of this luxury ice cream. Chocolate Fudge, is what we decided to call it, mainly because it describes precisely what it is.Wow no cow!, It’s Swedish!, 100% cool for vegans, Free from Lactose, milk proteins and soya, Unsurprisingly contains oats and hazelnuts, Climate footprint: 0.77 kg CO2e per kg