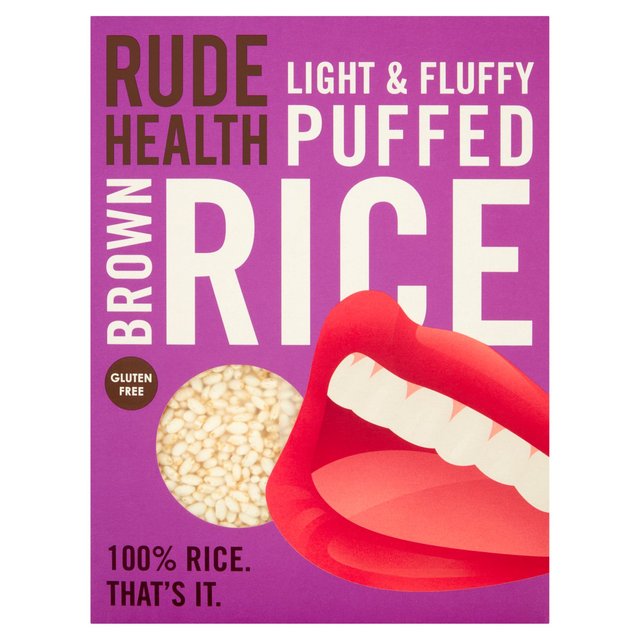 Simple. Light. Crispy. Puffed Brown Rice.It ain’t heavy. It’s my breakfast.Believe it or not, each of these fluffy while clouds started as a grain of brown rice. We just compress it, pause for a while, then release the pressure. There is a satisfying bratatata sound and it turns in these crispy, little bites. A lighter way to start your day.Puffed rice. The original puffed cereal.An inventor called Alexander Anderson shot rice out of a gun at the St Louis World’s Fair of 1904. Like all great ideas, it was beautifully simple. We haven’t really done anything to Alexander’s recipe - it’s so pure it’s unimprovable.Yin and YangPuffed Brown Rice is the perfect minimalist breakfast, but if you’re after a bit more pow than peace, our Ultimate Muesli should hit the spot.We started mixing the Ultimate Muesli at our breakfast table in 2005. Today, it’s a bigger table, but our approach to food and drink is the same.Brilliant ingredients.Nothing artificial.Nothing refined.A life lived in rude health. Tuck in.Light & fluffy, 100% rice, that’s it, Gluten free, Vegetarian Society approved, Kosher - KLBDYou’ll find temptations of many kinds at rudehealth.com/recipesYou’re in rude health when…Every run is a fun run.You slam dunk the funk.You can kick flip your wheely shopping bag.Join us at Rude HealthFacebookTwitterPinterestInstagram